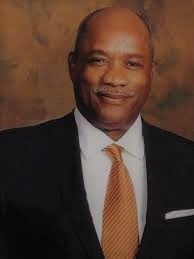 Rated “AV” and recognized by Martindale-Hubbell in Bar Register of Preeminent Lawyers for 20 consecutive years. Named one of Texas Super Lawyers each year since its inception in 2003.

Recipient of the 2020 Blackstone Award by the Tarrant County Bar Association in recognition of a legal career that exemplifies professional aptitude, integrity, and courage. It is the Bar's highest honor.

Senior attorney, Michael P. Heiskell, is an aggressive trial attorney, who has been named a"Super Lawyer" by his peers in White Collar Criminal Defense, in Texas Monthly Magazine for each year since 2003. He is unwavering in his dedication to each client and their case and is fearless in the courtroom. He was recently honored as a recipient of the Blackstone Award, the highest honor extended by the Tarrant County Bar Association.